Intemarco has during the spring successfully managed the communications program ‘Eldon is becoming nVent HOFFMAN’. It has been implemented through Eldon’s sales teams, trade press and social channels throughout Europe. A very high number of Eldon’s direct and indirect customers have picked up the news and are positive about the new brand, nVent HOFFMAN. The sales force has used various alternatives to face-to-face meetings and has reported great success despite the pandemic.

Intemarco has also managed the creation and launch of a completely new website for Harju Elekter in Sweden. Harju Elekter is headquartered in Tallin, Estonia and is a relatively new player on the electrical distribution equipment scene in Sweden. The website presents their offering, but also conveys the project management skills of Harju Elekter’s teams in Sweden. Extensive branding activities, to be managed by Intemarco, will now follow during the autumn and spring 2021, culminating early May next year at the Elfack trade show in Gothenburg. 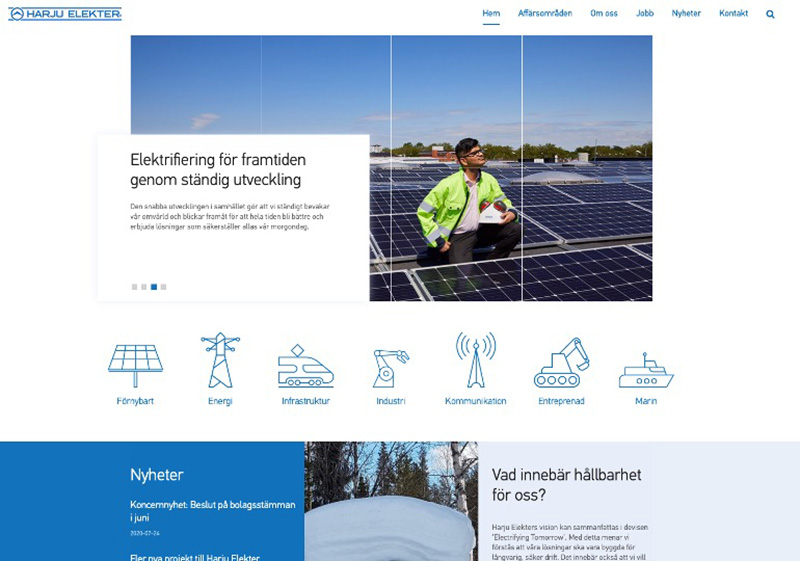